Our last performance. We went out with a record breaking screech.  350 of us, newbies, tourists, and old hands showed up and showed off  and line the street and do our thing one more time before the Guinness Book of Worlds Records and of course, Pat McCrory.

The standing record  for greatest number of air horn blown at the same time is a mere 150 air horns, piffle, we had 350 people with at least that many horns.  Air horns aren't for amateurs or people who haven't picked one up in seven months :I forgot gloves! Fortunately, the wee little one I brought hardly lasted enough to burn my hand, also it kind of blew up in my hands as I hit the button -  It did last the needed 10 seconds though, so it did its job.

Next week we are meeting at a vegan restaurant to congratulate ourselves . I will eat before I go, I wonder if they make vegan desserts that are palatable to a dedicated carnivore ?

Gawd. What am I going to do with my Wednesday nights now? 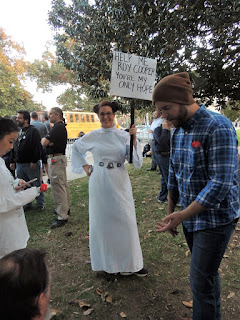 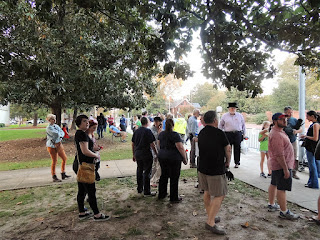 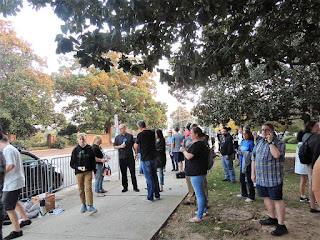 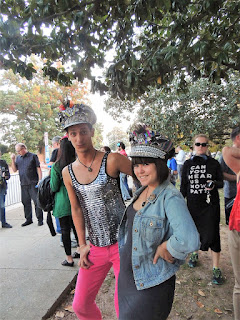 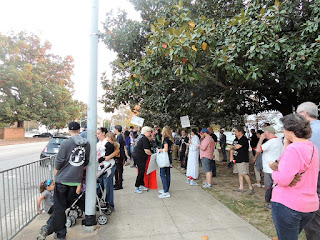 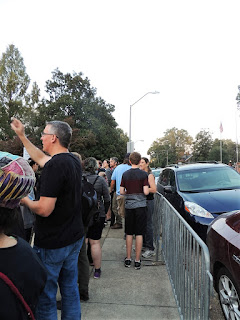 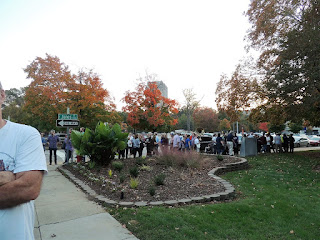 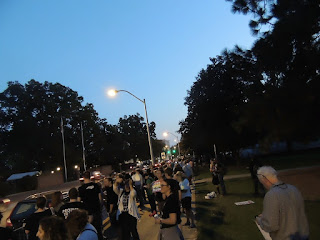 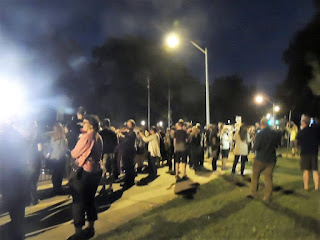 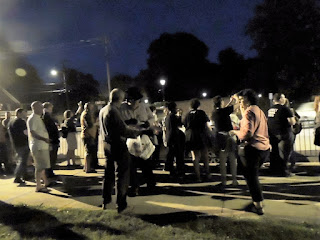 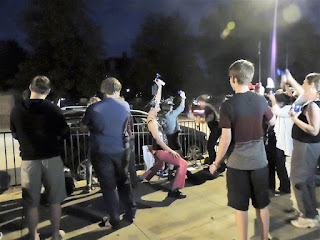 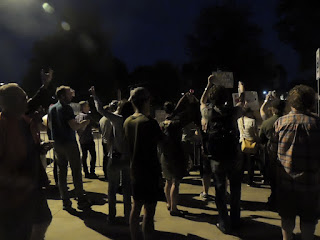 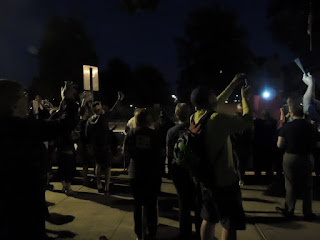 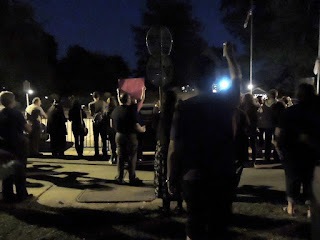 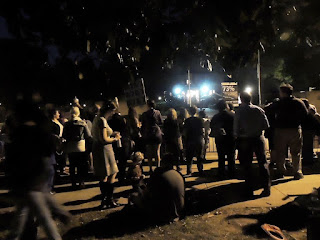 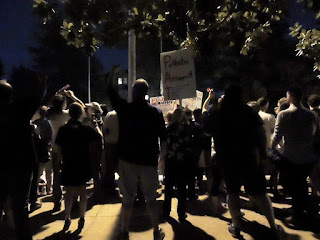 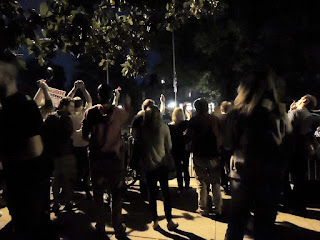 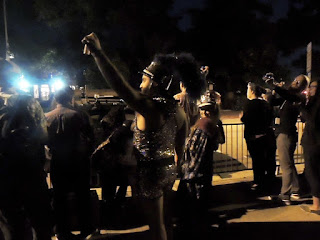