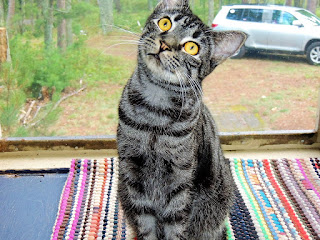 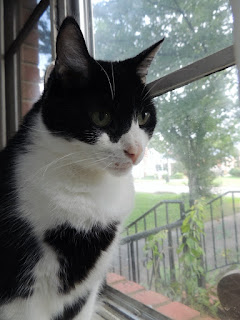 Posted by Unknown at 2:30 PM No comments:

So today there was an upper level pressure thing in our Cloud at work and so we couldn't work at work for hours . I did get some things I had wanted to get done prior to the storm, but I still got almost nothing done.

I was not happy. So I went house shopping and that was fun. I haven't gone house shopping in a long time and there were a lot of new places for me to see. I also raised my budget a little, so I have a larger net this time around - but not that much larger. I'm not going to actually get another house, but you never know when you might have to bounce (President Trump), so its good to have an exit plan in place. I at the very least have an idea in what direction I am going to run to (Go West!).

I have put some thought into this! I have thought about raising goats, however, goats need to be bought and paid for first and then they require land and land is expensive. They also need to be cared for and fed and they need some where to live - they could prove to be just too much of an investment right off the bat. There is also the Christmas tree farm idea, again, the need for land is a stumbling block. A lot of these plans also depend on my house here selling for a big chunk of change. I need to put more thought into my exit strategy .

Here are two of my favorites from today

I don't know where either of these places are, I'm pretty much all about what they look like. Its not for real (Please baby Jebus!) so I don't have to worry about real life issues like proximity to stores or hospitals or churches or electricity or water  or sewage or customers any of those pesky  real life details.
Posted by Unknown at 7:00 AM No comments:


The thing about being gone for vacation for so long is that it thoroughly disrupts my routine. I came back and had absolutely no idea what I was supposed to be doing at a given time.

Monday - I knew I had that exercise class that I was into and liked - but it was lame and it had become progressively more lame and I have opted to not return. It started off strong but it had really lost its focus and morphed into a "dance" class. The instructors weren't actual instructors, they were just herbalife cultists and really were more about keeping the group moving for a set time before they launched into their Herbalife spiel  - than being interested in how the group was moving.

I know nothing about exercise, but I do know that there is a right way to perform and exercise and a wrong way to perform the exercise  and if you do it  repeatedly you can hurt yourself . Also, the Herbalife lectures were getting longer and longer every week and the work out shorter and shorter.

I can look up calisthenics on You Tube  and do the same things in my living room and get actual instruction.

Tuesday. I have no idea what I did on Tuesday. Maybe nothing. I don't know. I know there is nothing on TV. This Tuesday, I paid the nice man to mow my front and back yards  and then I flea poisoned the back yard into a toxic mess. Good. I took the dog for a walk and came home and vacuumed everything that didn't move fast enough to get away from me. I don't think the fleas are living in the house, I think they are coming from the outside. They would be easier to get rid of if they were just inside the house. This weekend will be more vacuuming, laundering and bombing.

Tomorrow is Wednesday. I know that it is Airhorn.

And we didn't have Airhorn. I came home, changed clothes, put on my tee shirt and made dinner. I was ready to go and then I saw the post. No Airhorn! The first canceled performance in six months. It was supposed to rain, a lot. Hard. And it didn't. Not a drop. So instead I  flea poisoned both cats (Ace really hates this and has been giving me the side eye ever since) stripped the bed and ate dinner very early. I should have walked the dog, but instead I rode the exerbike while I watched it get very dark outside and threatening and binged on Veep.

I'm still not sure I like it. I like the people kind of, but so far every one works very hard except for the titiller Veep in question, who does very little work at all yet keeps an entire office of people furiously working. They also curse a lot but no one ever gets naked - which is good because none of these people need to be naked ever, which is how you can tell it's an old HBO show.

I think they curse more than is professionally acceptable in the work place and it wouldn't be okay at all, and that takes me out of the story. We curse in my office too, but its not  the same non-stop-curse-a-thon either. I'm hoping it's just because I'm only on the first season and the writers are all excited because they are on HBO and they can curse at will, like first year theatre students in their  first non -constrained by UIL  rules college monologues.  Blah.

On to watch more.


On a completely different topic. The dog has fleas again My house has fleas again. So this weekend I get to vacuum  everything and everywhere again, launder everything again and bomb my house again. I blame my over grown back yard.
Posted by Unknown at 7:00 AM No comments:

This weekend I went to Sam's about fifteen times, honestly,  I was there over and over and over again. I could not catch a break.  When I wasn't at Sam's, I  drove out to Pittsboro Saturday morning to go to a Outsider Art called Clydefest 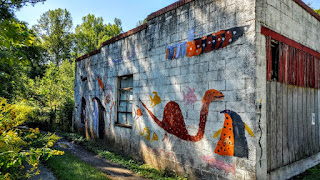 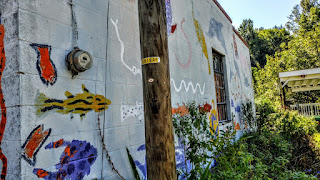 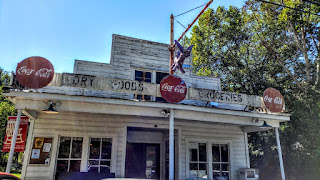 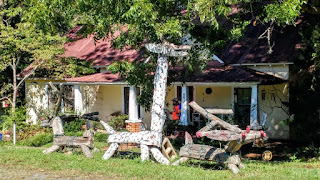 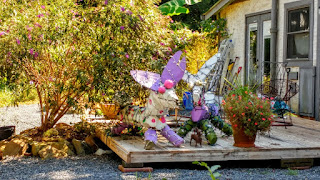 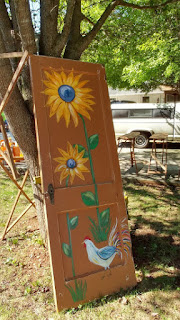 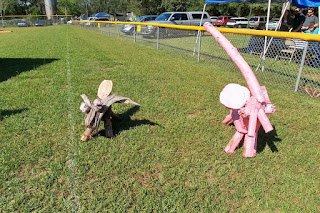 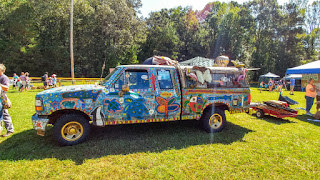 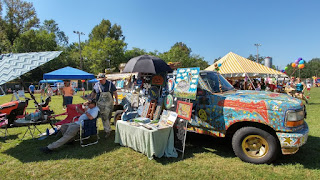 that I really enjoyed and while I was there I visited a museum, the Small Museum of Folkart where one of my friends is represented 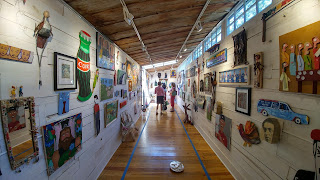 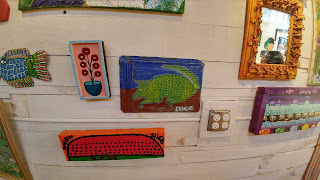 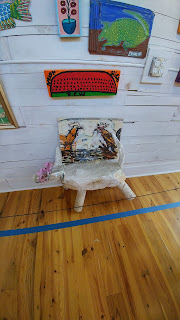 and went to a funky cafe that made me bus my own table and still insisted on me leaving a tip  - and on Sunday I went to a NARAL rally closer to home and  listened to Deborah Ross give her stump speech to a whole bunch of student dems from George Washington University down to make calls for Clinton and NARAL and about six folks who actually could vote for her. 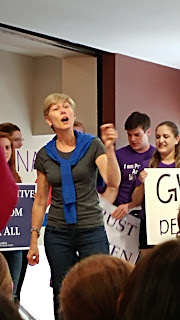 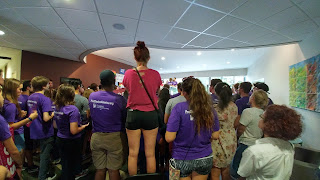 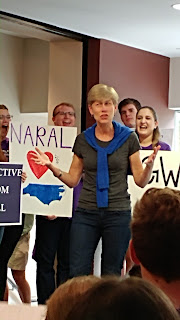 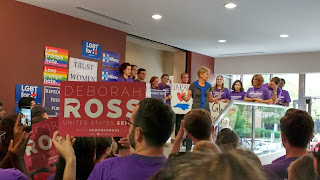 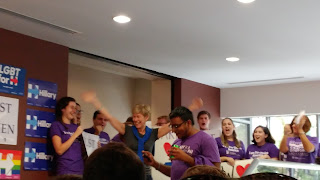 I drove 200 miles over the weekend. And I posted a whole bunch of pictures from Marquette  here
Posted by Unknown at 7:00 AM No comments: 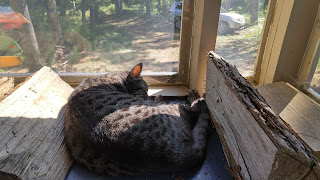 Posted by Unknown at 3:54 PM No comments: